Pauline Dides, Principal of Ecole Bilingue de la Nouvelle-Orléans, located at 821 General Pershing St., has been named a Chevalier (knight) of the Ordre des Palmes Académiques (The Order of the Academic Palms). The award was presented for her extraordinary contribution and devotion to the teaching of French language and culture and contributions to preserving French culture in the United States. The honor was conferred in a ceremony held at the Residence of France on Monday, November 30, 2015.

“Pauline is one of the leading advocates for the importance of bilingual immersion education in the United States,” said Duane Nettles, President of the Ecole Bilingue Board of Directors. “She is often looked to as an expert on the source of immersion education and continues to work towards broader understanding of French culture in Louisiana.  And her experience and work at Ecole Bilingue has led her to not only be named to the Ordre des Palmes Académiques, but become one of the most well respected principals in New Orleans.”

Napoleon I first created the palmes académiques as an honorary title to recognize members of the University in 1808.  The academic palms became a decoration in 1866, under Napoléon III, at which time the honor was also extended to non-teaching persons who had rendered illustrious service to French education. Thus, the academic palms is the oldest, non-military French decoration.

By decree of Président René Coty, the Order of the Academic Palms was instituted in 1955 as the first of ministerial orders recognized by the French Republic and was defined by three ranks: Chevalier (Knight), Officier (Officer), and Commandeur (Commander).

In addition, both foreigners and French living abroad who contribute actively to the expansion of French education and culture in the world may also be recognized.  To be named a chevalier, one must be 35 years of age. For promotion to the rank of Officier or Commandeur, except by rare exception, five years must have elapsed between ranks. However, promotion is not automatic. In the United States, dossiers for nominations and promotions are typically prepared by the French Consulates and forwarded to and reviewed by the French Embassy before being transmitted to the Ministry of the French National Education in Paris, which makes the final decision on French and foreign recipients.

As principal of Ecole Bilingue, Dides has led the school to become the only private French school in New Orleans that is accredited by the French Ministry of Education for two-year-old students through the seventh grade.

Dides went into chemical engineering after graduating in her native of France. After spending some time in the field, Dides later realized her true passion was education while in Bordeaux. After spending time in the French education system, Dides relocated to the United States where she became an active advocate for immersion bilingual education.

As principal, Dides was a driving force in securing accreditation for the school’s Cycle 2 program in 2010 and Cycle 3 program in 2012. Dides’ leadership has increased Ecole Bilingue’s enrollment, taking the school from 16 students in 1998 to more than 235 students arriving in the 2014-15 school year. Additionally, Dides has been instrumental in the development of the school’s two fundraisers (Soirée and Fête Française, the only French festival in Louisiana) and the school’s first capital campaign which has raised more than $1 million for campus growth, renovation and redevelopment.

As the school adds new grade levels each year, Dides ensures that the school seeks accreditation for these levels so that Ecole Bilingue can become the first French immersion school to have their entire course offering accredited by the French Ministry of Education.

“Pauline Dides has shown exceptional leadership as principal of Ecole Bilingue,” says Consul General of France in Louisiana, Grégor Trumel, “Thanks to her and hundreds of other French teachers across the state, Louisiana is a model of immersion education and the Francophone hub of the United States!”

Dides is the ninth person in Louisiana to be presented with the honor.

Founded in 1998, Ecole Bilingue de la Nouvelle-Orléans serves more than 235 students from 18 months of age through 7th grade. Ecole Bilingue follows the French National Curriculum and is only private French immersion schools in New Orleans that is accredited by the French Ministry of Education. The school’s experienced teachers come from France, Canada, Africa, and the United States. Ecole Bilingue has a proud tradition of providing students with an education that is distinguished by its unique academic approach and supported by a robust and richly diverse student body. 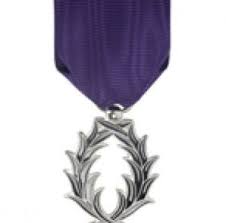